It’s been covered over and over again to no avail – in schools and workplace meetings alike. Watch what you share online, don’t post anything you wouldn’t want on the internet forever.

Sometimes we forget but to what end? Would you tweet that you would like drugs delivered to your place of employment AND NAME YOUR EMPLOYER? Sigh.

So, this guy basically announced to the WHOLE WORLD that he was looking for a drug dealer to deliver drugs to his place of employment. No detail was too small for this guy to leave out of his tweet. He included the name of his employer and the location. What was he thinking? Before we get into what ensued, let’s break this down a touch further.

Do you know who’s a partner in Mr.Lube? Jim Treliving, that’s who. He is an ex-RCMP officer, and one of the Dragons on CBC’s Dragon’s Den. A savvy entrepreneur who (I would assume), hires only the smartest and brightest to work with him. So you can be assured that Mr. Lube and the other companies that Mr. Treliving has holdings in maintain a squeaky clean image. I might aslo go as as far as to assume that they also have staff who monitor social media channels for things that may affect the brand.

Sunith’s tweet was met with a response from (don’t act suprised), York Regional police (who seem to be doing a great job monitoring themselves):

Awesome! Can we come too? MT @Sunith_DB8R Any dealers in Vaughan wanna make a 20sac chop? Come to Keele/Langstaff Mr. Lube, need a spliff.

York Regional Police was retweeted, and Sunith was berated and made fun of. He took it all very lightly even suggesting that the police made him famous. When I went back to check on his tweets his account was locked (now, it seems this account has taken on a different life… ), and then I heard the news that he was terminated.

I’ve checked news sources hoping to find out why he was terminated and if it had to do with his social media blunder but, I didn’t find anything concrete. Mr. Lube did tweet about it:

@YRP Thank you to the York Regional Police for your help and great work. The matter has now been handled.

It would seem that some of the online population believes his termination is unjust. I suppose to them it’s not a big deal. It’s just a spliff but, doesn’t the employer have the right to not be dragged into the personal (possibly criminal),  online life of an employee?

You can also bet that employers will do what they need to, in order to protect themselves and their brand from negligent employees. Employees need to know and understand what trouble they can get into if they do / say something that may tarnish their employers brand / reputation. The End.

Don’t put things online if you don’t want people to see them / remember them…. Yup, that’s right, remember them because guess what? Sunith’s name is all over Google now. If a future employer Googles his name… he may not be hired.

At last count the message from York Regional Police was retweeted over 6,000 times.

Tell me what you think about this entire fiasco… I’d love to hear it. 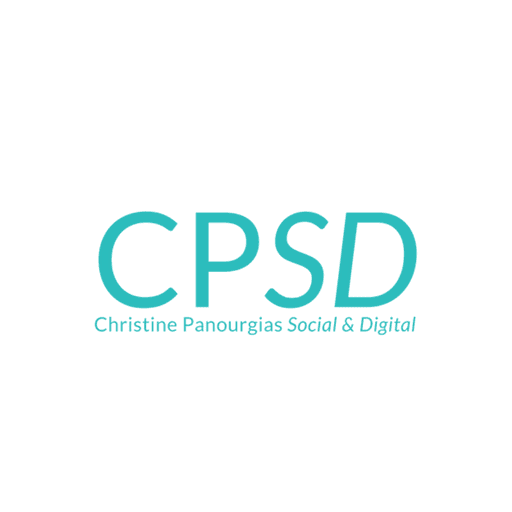 Find What You’re Looking For…

Christine Panourgias | CPSD
4.9
Based on 8 reviews

Charlene Nadalin
19:20 31 Oct 19
CPSD has been managing Amintro's social community for the past 5 months, and my team and I have received countless... compliments on our social media presence and quality content. That is validation! Working with Christine has been a pleasure. She truly understands our brand identity and objectives, and creates strategic social media content that delivers the results we are seeking. She is organized, fair, frank and provides a collaborative approach to working with us - which I greatly appreciate. I highly recommend CPSD for your social media campaigns and community management.read more

Elizabeth Pham
20:52 02 Oct 19
Christine has helped my company grow tremendously. With web development, social media, digital marketing, SEO, and... executing strategies. She is very knowledgable in the industry as well understands what i am trying to achieve with my brand. I highly suggest getting a consultation. You wont regret working with her!read more

Chantal Carter
19:11 30 Aug 19
Christine has such an passionate nature for my business that I appreciate. She is excited about and has new atypical... ideas that she applies to our strategies to increase brand awareness and measure its success! I feel relieved to be able to turn to her for inspiration and advice!read more

Colleen Cole
14:49 28 Aug 19
I had the great pleasure of working with Christine earlier this year on a Twitter party. Christine was very thorough in... her preparation prior to the party. She truly left no stone unturned.Christine‘s leader ship lead to more than 3 million impressions over the course of a one hour Twitter party. Plus, our follower base was bumped by over 10% in one night. Our business had never experienced that sort of exposure in the past. I would happily recommend CPSD to anyone looking to increase their social exposure.read more

Jenn Annis
00:11 27 Aug 19
Christine is a consummate professional. She works to budget and to deadline and is completely up to date with all the... latest SEO and social media trends. She explains everything in easy to understand terminology and is honest about which channels will have the best ROI for a particular business.read more

Rebecca Palmer
13:26 26 Aug 19
I have worked with Christine for a number of years and have found her to be extremely knowledgeable and professional.... She excels at planning and executing strategies to increase social media presence. Her deep understanding of social media trends and best practices is essential in the rapidly changing world of social media - I can't keep up with all the changes myself! I highly recommend hiring Christine for your next project!read more

Arlene Williams
00:45 24 Aug 19
Christine is extremely patient and thorough when explaining which online marketing strategies would help promote my... business to my target audience. Her on-the-level no nonsense approach saved me time and money by providing direction on what digital channels would help drive brand awareness.read more

Susie Parker
19:45 23 Aug 19
Christine is highly skilled and knowledgeable about social media, marketing, and how a brand can put its best foot... forward. She is conscientious and will tell a customer exactly what they need and what they don't need. She's focused on the client's results and making lasting connections. I have worked with her on multiple occasions and highly recommend Christine Panourgias Social Media and Digital Media Marketing.read more
Next Reviews